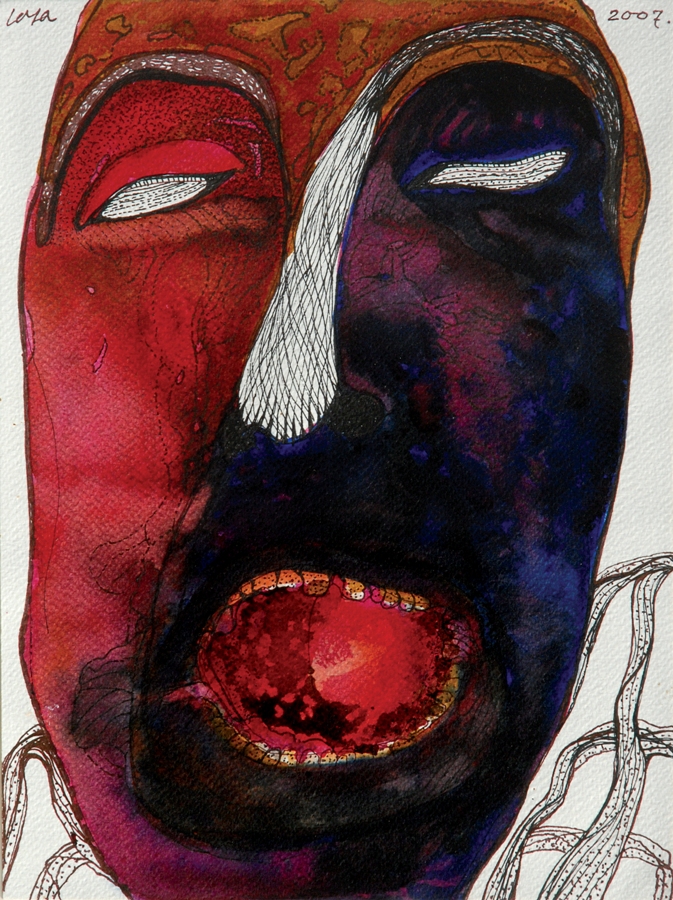 Jaya Ganguly (b.1958) graduated from Indian College of Arts in 1982. Ganguly’s work expresses hypocrisy in society, particularly the strict impositions on women. Her work has grown out of a relationship with her body – her daring display of the female form symbolises an inquiry into the ‘unspoken’ depths that engulf a woman’s life like those who have to deal with their orthodox backgrounds or those who have a placid existence. The female body is not just a form, but also a bearer of pain and conflict. Through her imagery of she transmits the fear of our shared mortality through her imagery, increasing our awareness of our vulnerable and failing bodies. Her figures look voluptuous and primitive, giving them a distinct character. Jaya Ganguly uses multiple laying of line and color. Her works have a quasi-abstract quality. She uses black and indigo that adds dynamism to her paintings. Ganguly has had a number of shows Globally. She won the Birla Academy of Art and Culture award, Kolkata in 1997. She was also awarded at the Bhopal Biennale in 1996. She has had a number of shows in New Delhi, Mumbai and Kolkata including the festival of India in Sweden in 1987. 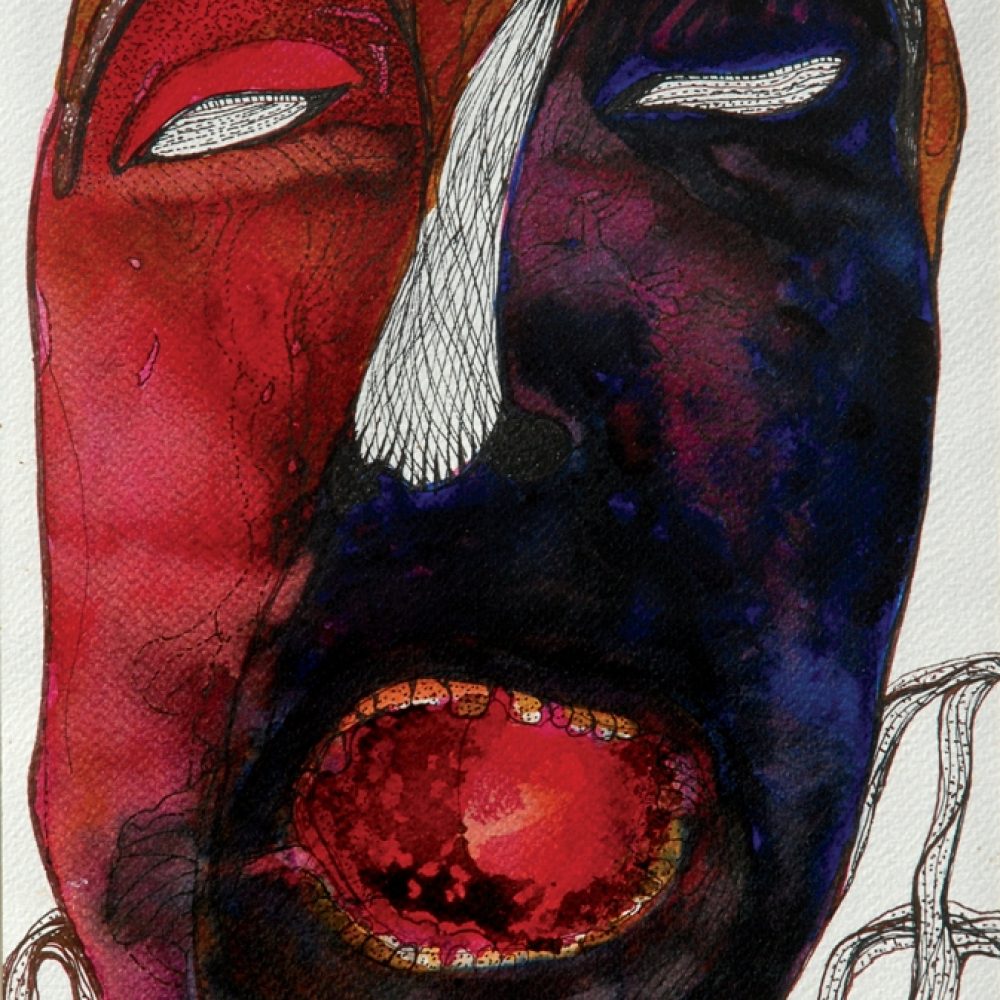