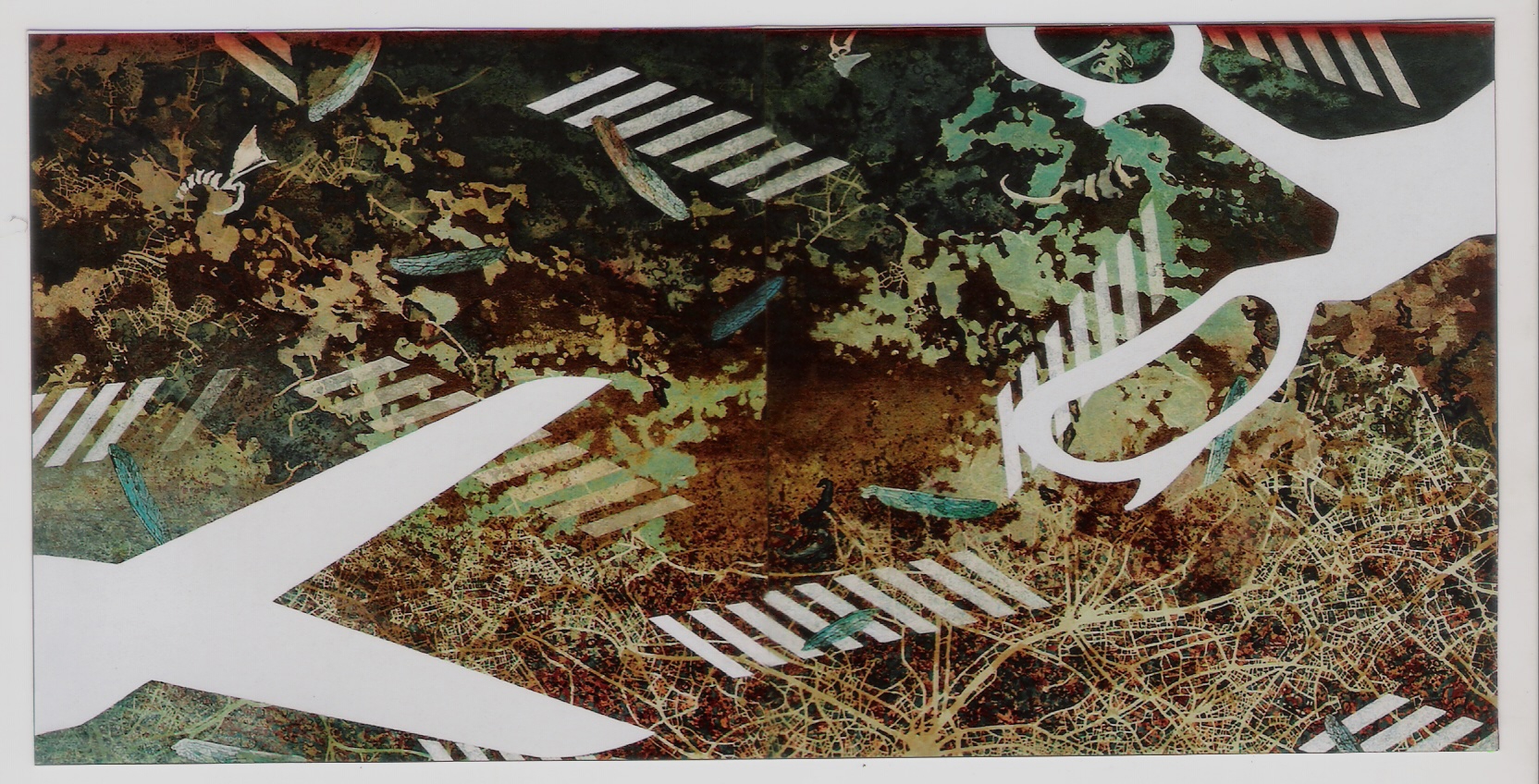 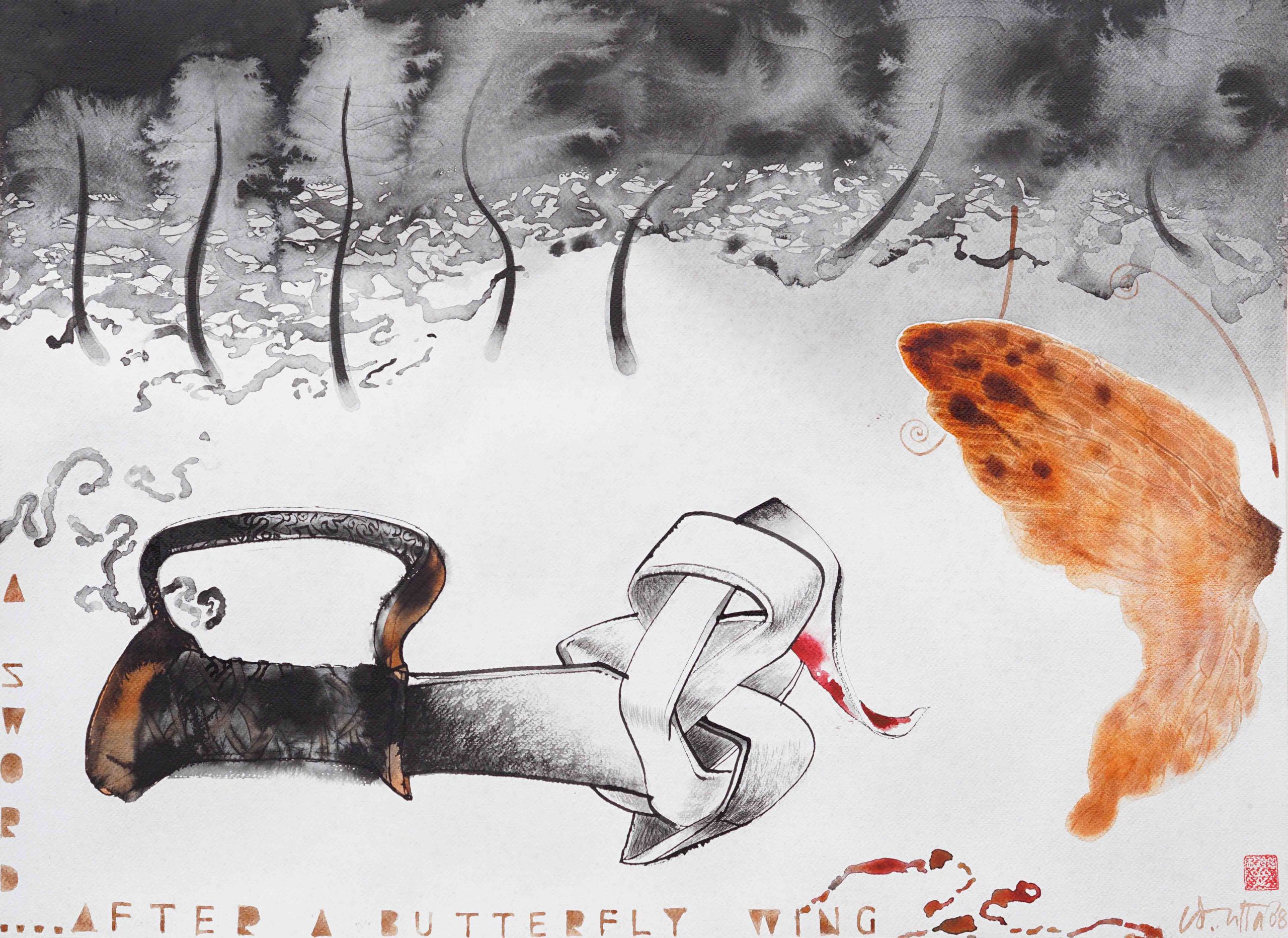 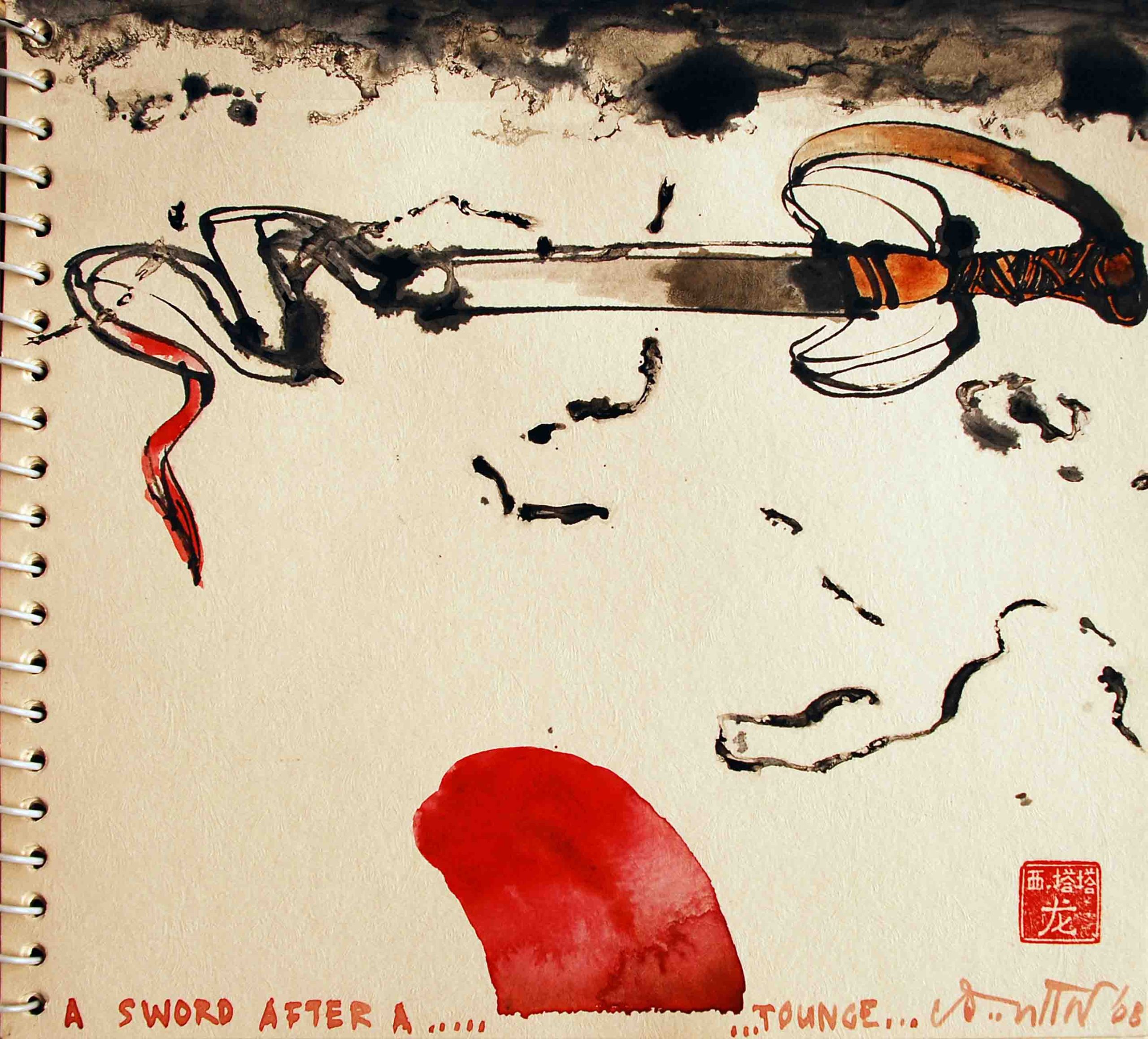 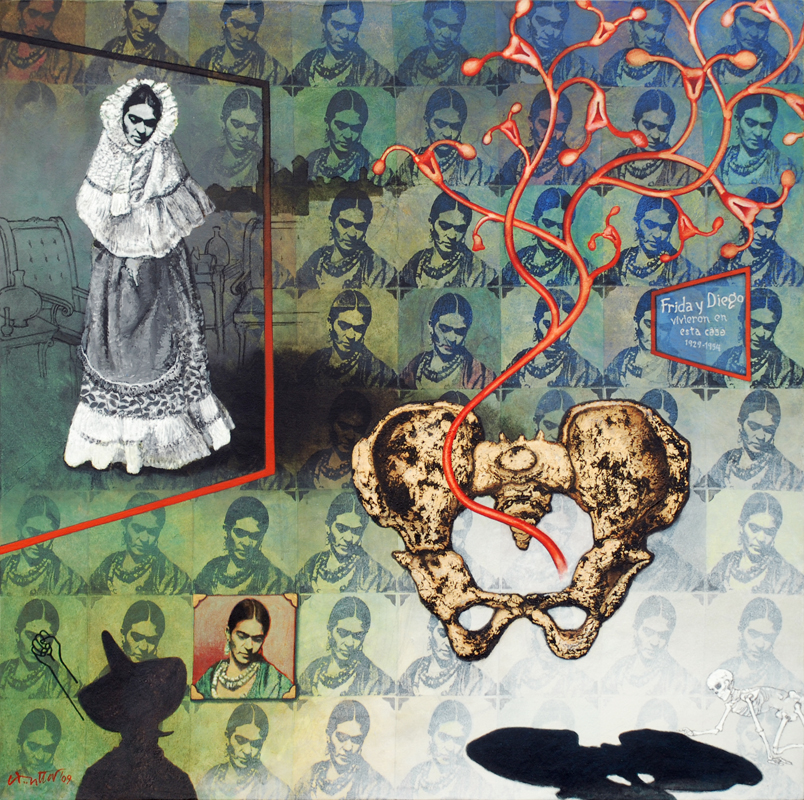 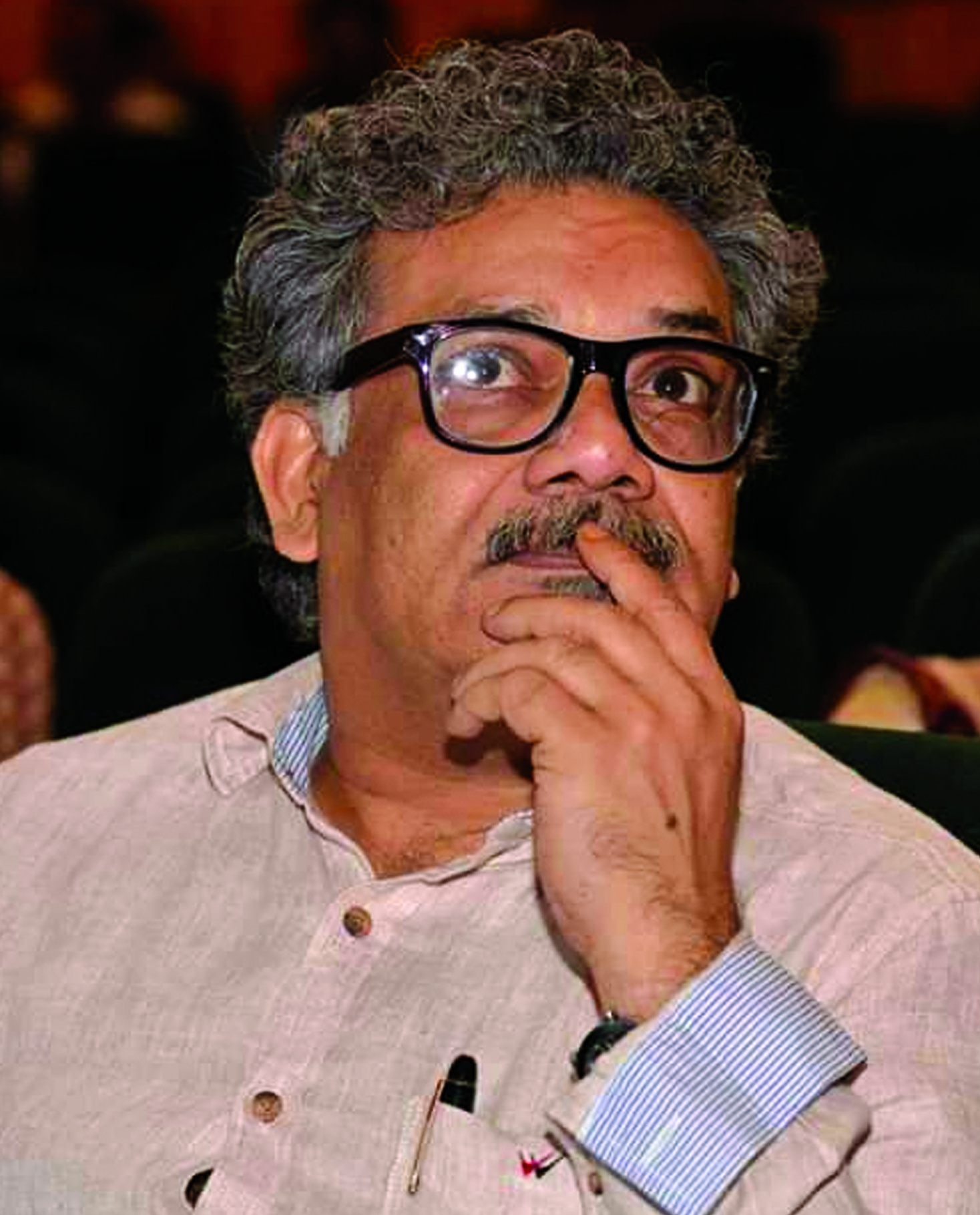 Chhatrapati Dutta (b.1964) is a dexterous and skilled multimedia artist. Chhatrapati Dutta’s practice explores the issues of colonial and post-colonial India in a local-global context. The escalating consumerist and hybrid practices of a developing nation, its transforming social and political relationships within a class and caste hegemony are important concerns of the artist – often looked through the lens of the city of Kolkata. Influenced by myriad sources, Dutta employs the subtle nuances of material to articulate complex symbols and metaphors. His works are characterized by an eclectic handling of media. As a believer in ‘making as a process’ his drawings, paintings and installation-based objects are imbued with a pluralism of ideas rendered in a gyrating mass of collage. Dutta negotiates the personal experience/interaction with the world of print culture with his idea and concern over the global. The artist reassesses the position of the personal/self as set against the macrocosm of culture. In 1987 he completed his Bachelor’s in Visual Arts form the Government College of Art & Craft, Kolkata. In 1988 he did his post-graduation from University of Athens, Greece. He completed his Master’s in Fine Arts from Kala Bhavana, Santiniketan in 1990. Dutta has exhibited widely in the country and abroad. He is the founder member of Khoj Kolkata. He has initiated, conducted and participated in several national and international seminars, symposiums and workshops. Having taught at the Faculty of Visual Arts, Rabindra Bharati University from 1995 to 2007 he is presently the Principal, Government College of Art and Craft, Calcutta. 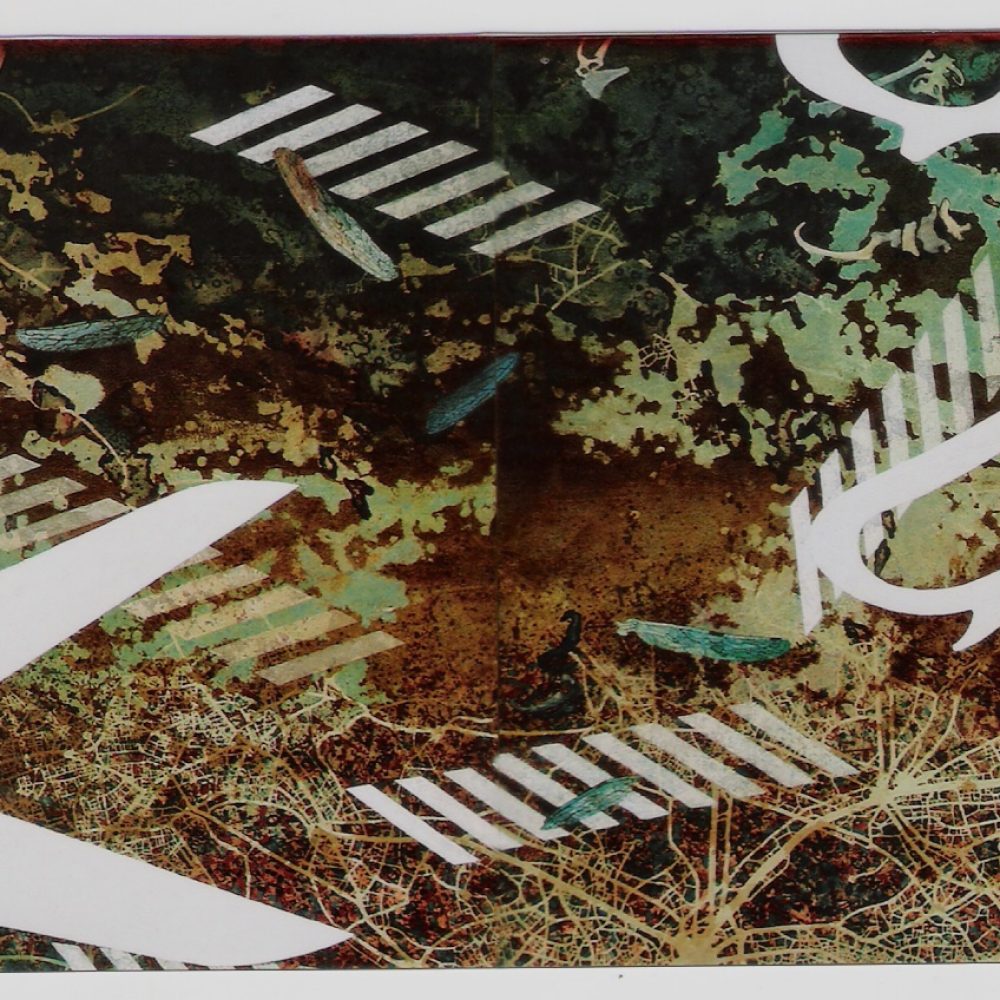 SWORD AFTER A TONGUE WATERCOLOR ON PAPER 10 INx 11 IN 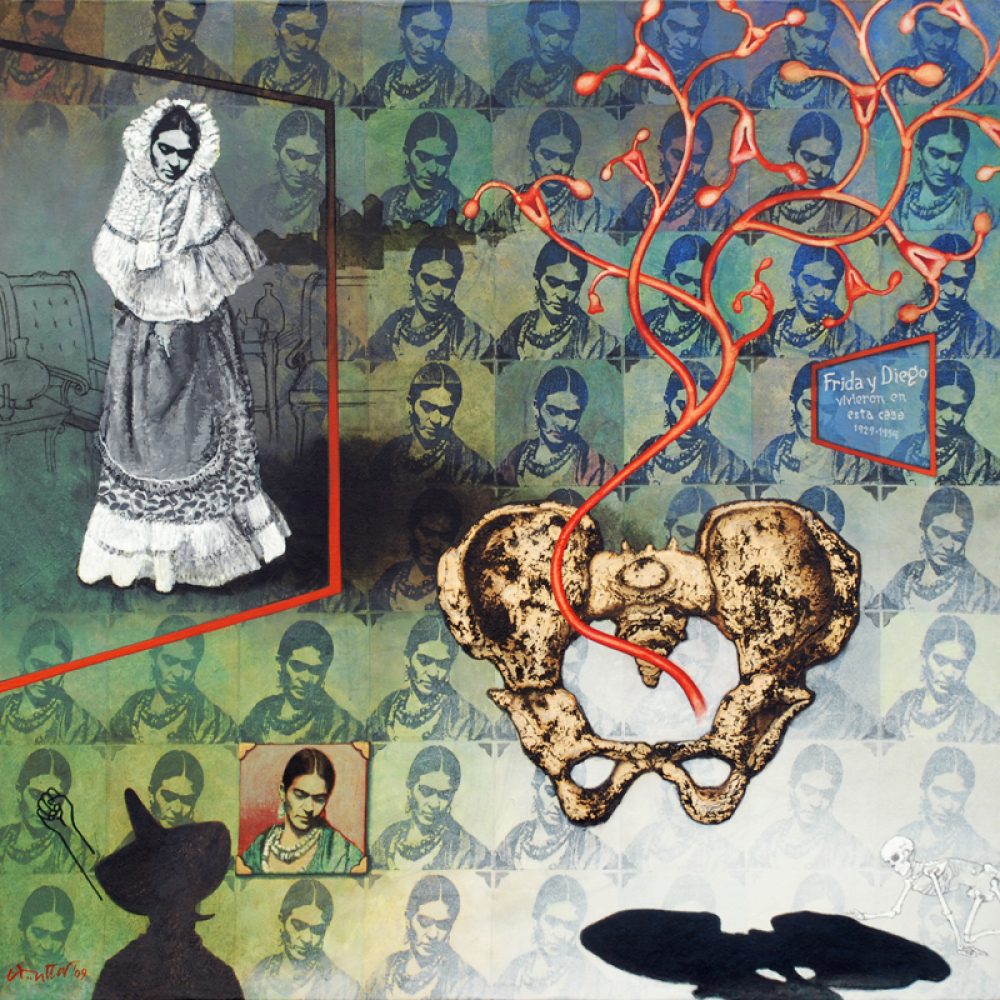