THE MAGIC OF MONOCHROME 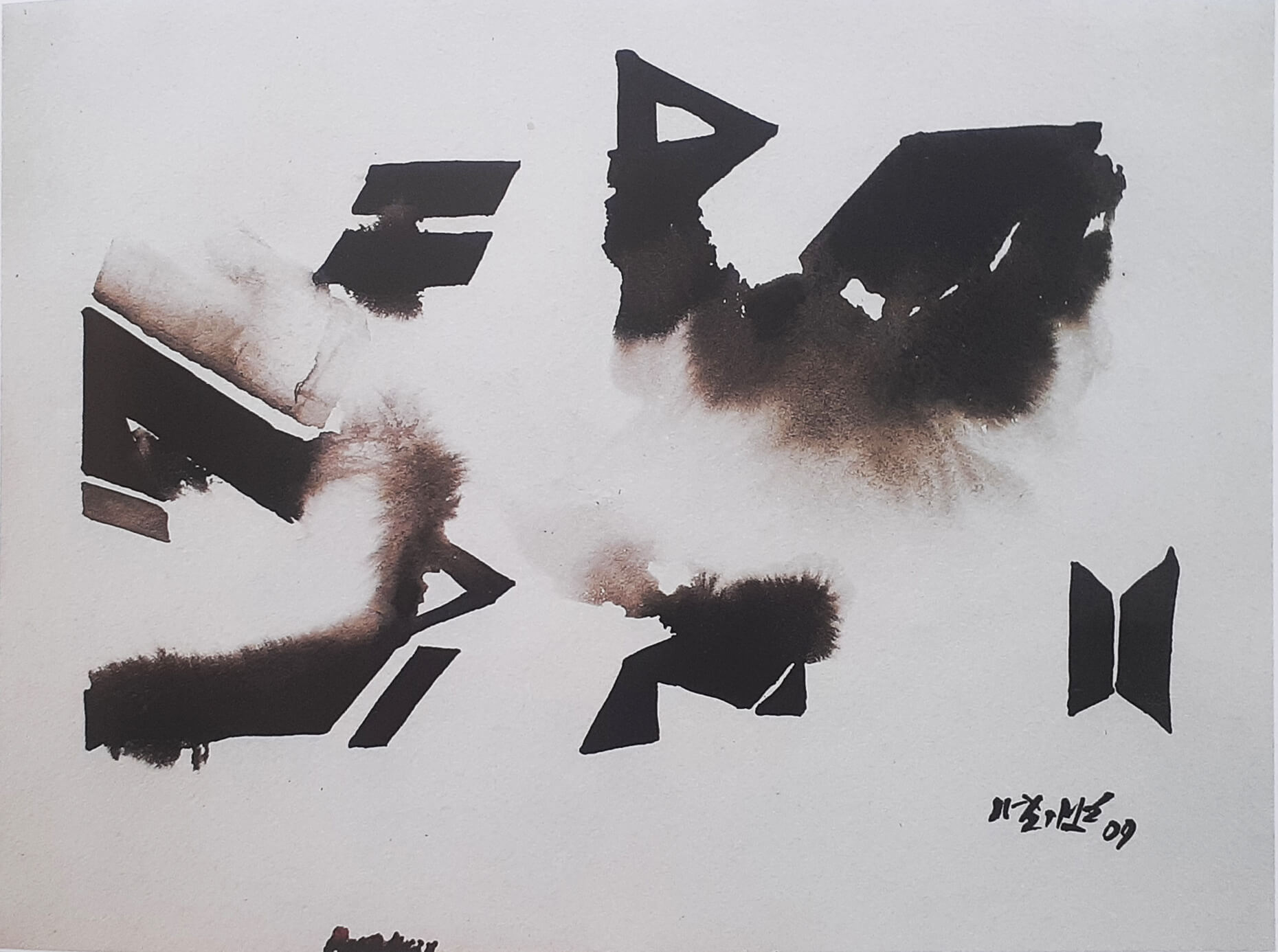 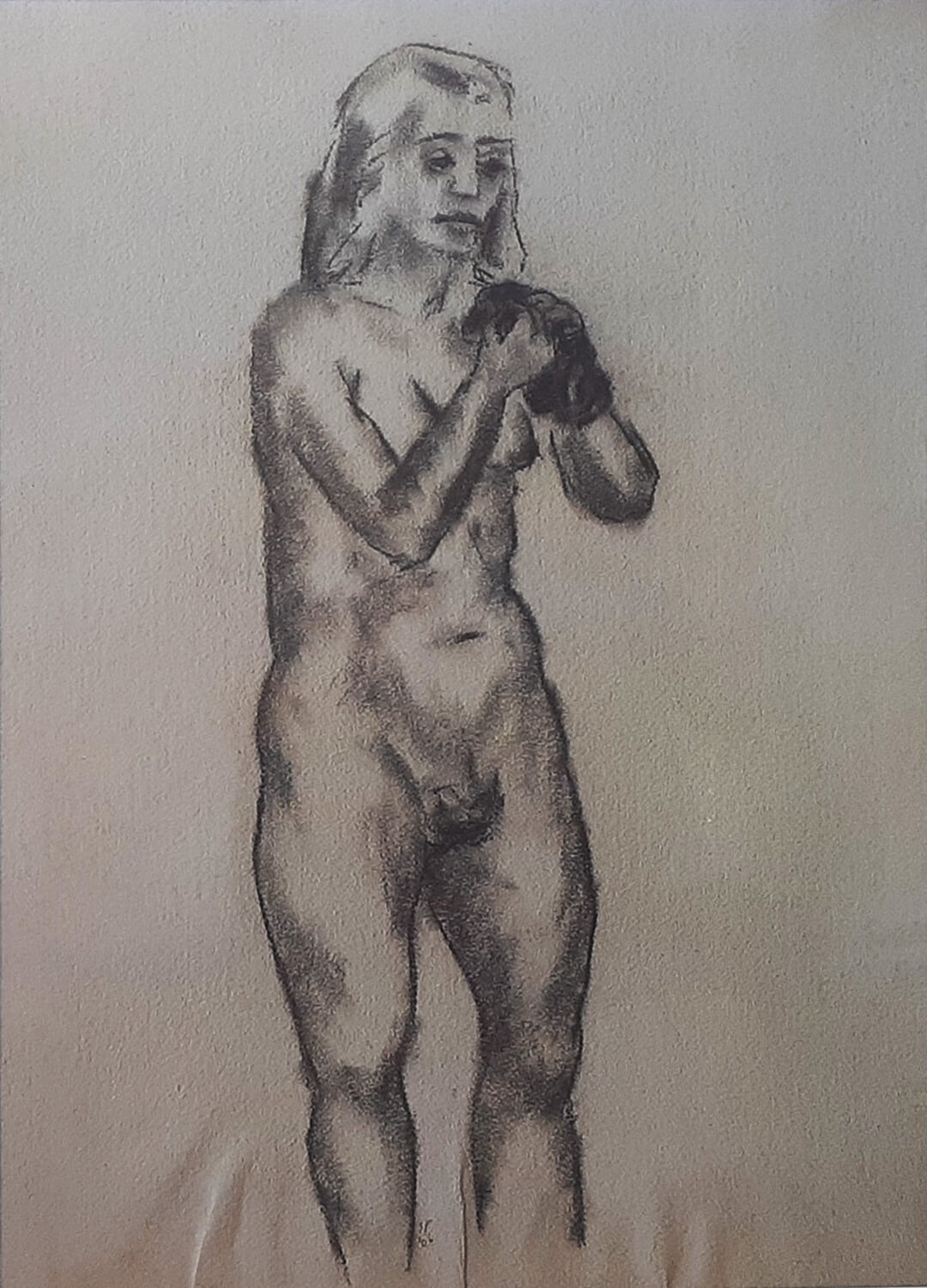 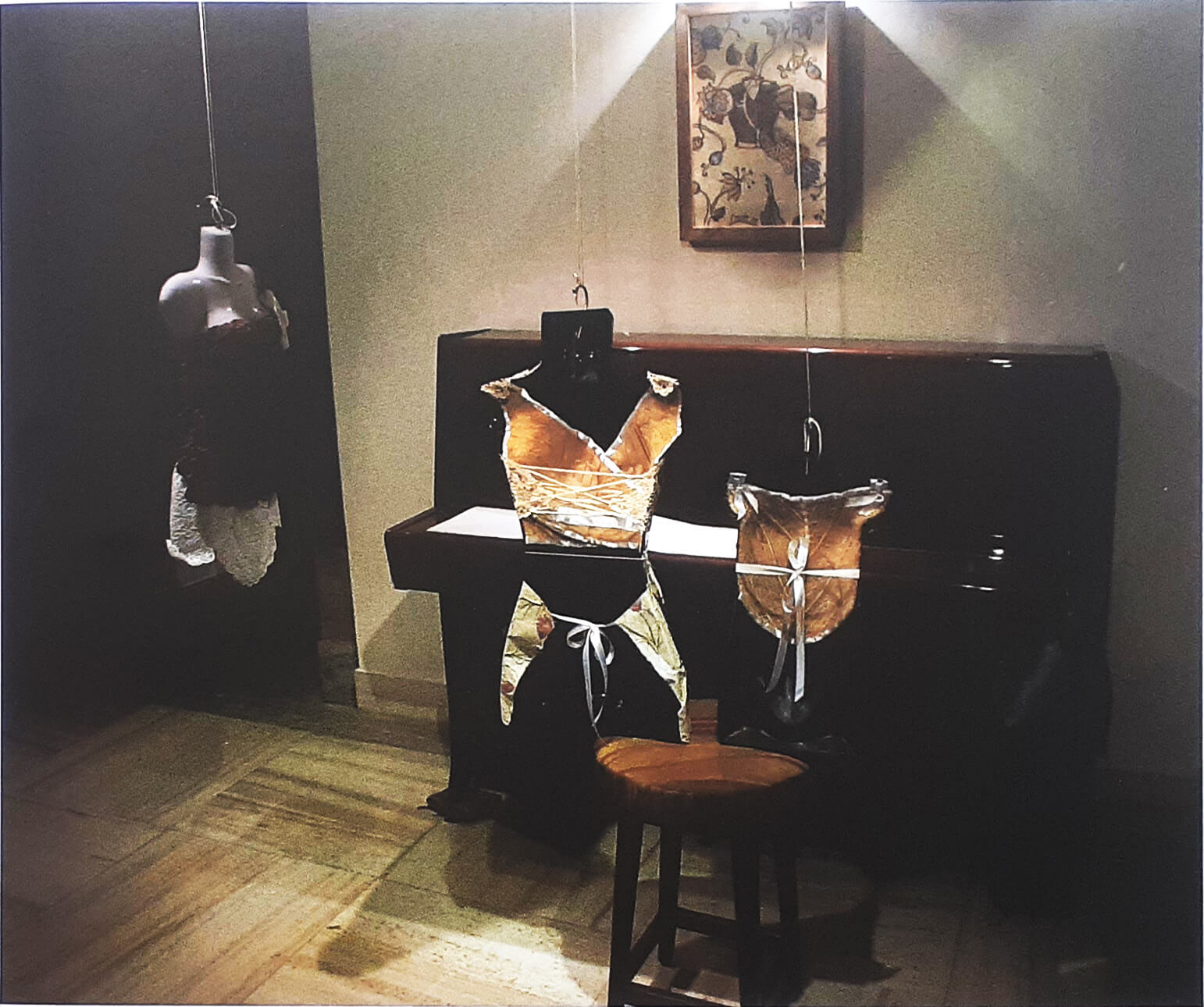 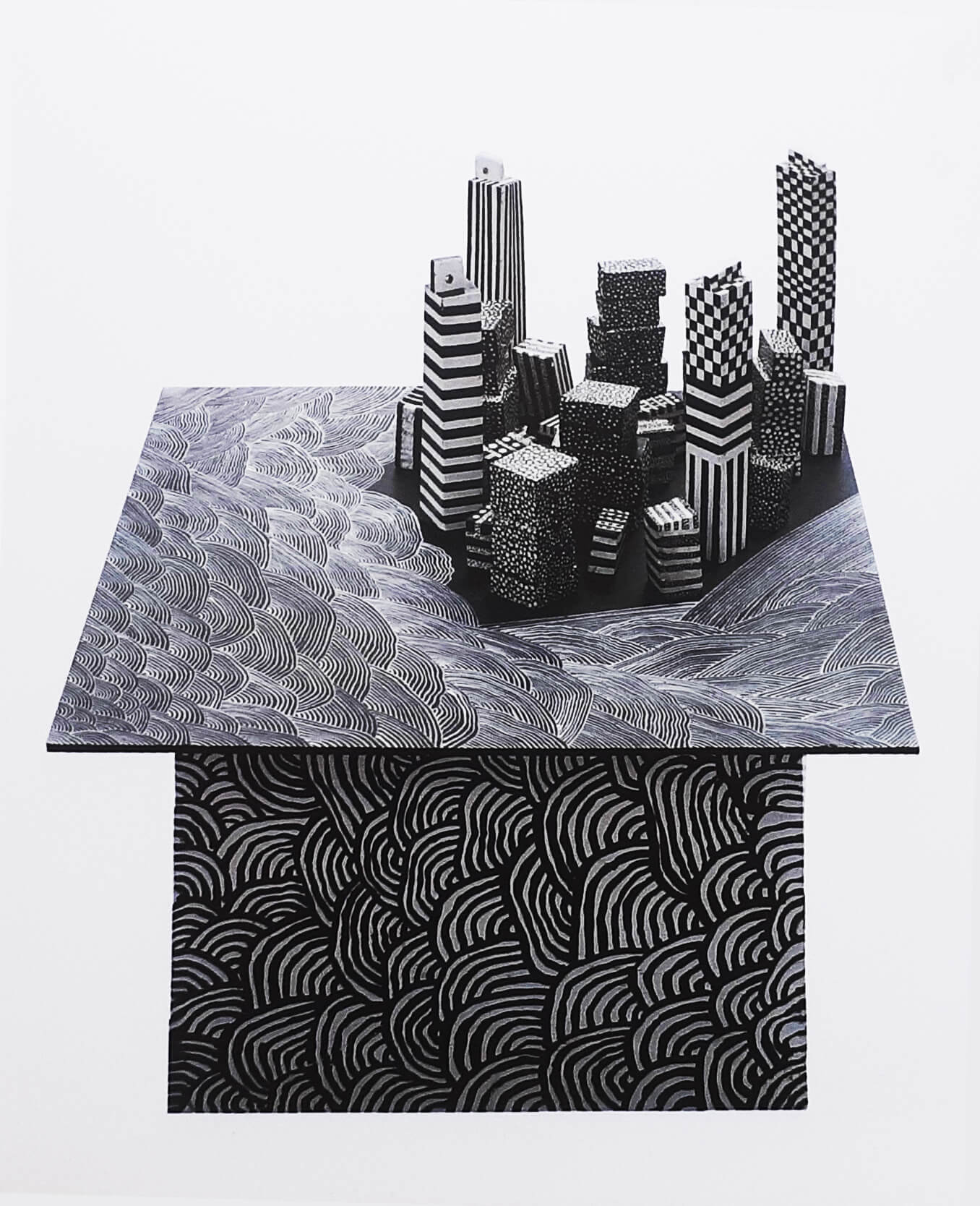 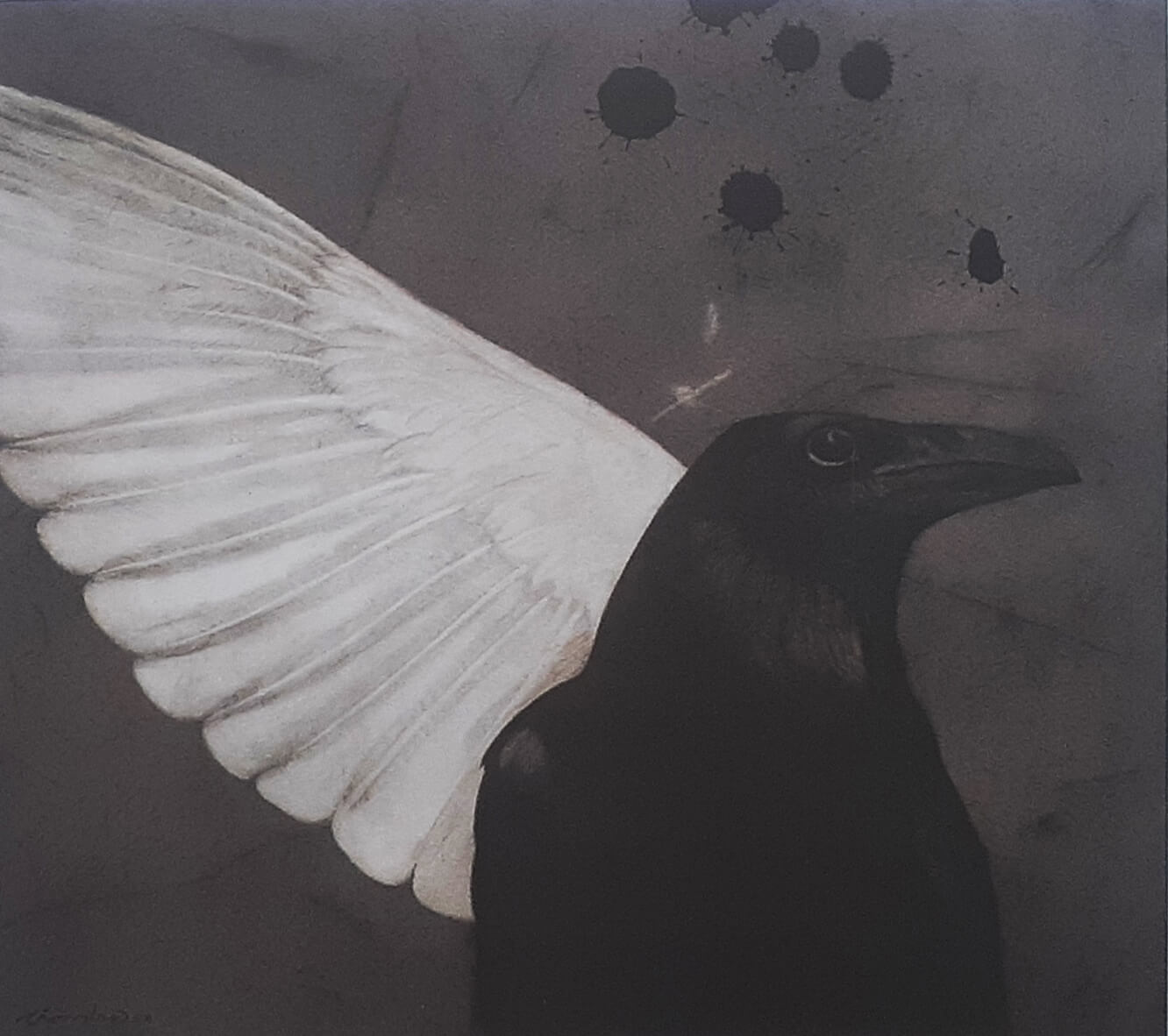 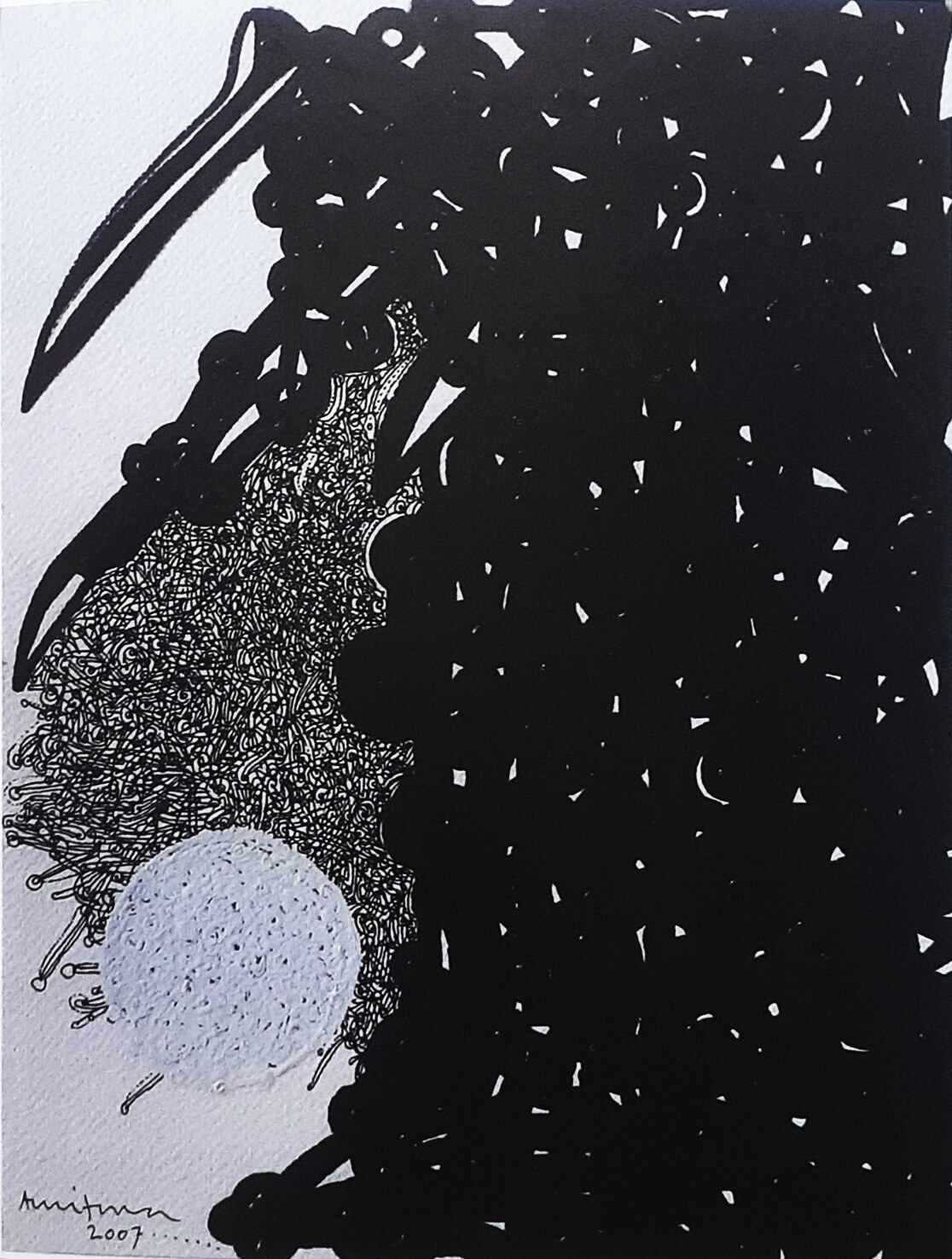 There is something sublime about black and white because it makes an elemental statement. In fact, the combination of these polarities- black negating all colours: white encompassing them all that can never be casual and conveys the essence of gravity. Working with these two colours requires a great deal of time and thinking as well as degree of self-confidence as it is filled with infinite nuances of feeling, stark yet in control, tranquil but open to suggestion. More than any other combination of colours, the use of black and white conveys the essence of something truly memorable and timeless which forges a bond between the artwork and the audience.

Any work of art in black and white is eloquent in a way that a coloured work can never be. It is an enigma, as much about the imaginative building up of light as about the gathering of darkness. It can be evocative as well as provocative and tantalizingly mysterious and invites viewer to bring along their own consciousness of time and place. The works in this exhibition all move, with effortless ease, between the artistic space and the realm of intuitions. The artists explore the ‘The Magic of Monochrome’ and create worlds of gesture, sometimes grand and sometimes intimate; dark spaces swept with light. These spaces are familiar, suggestive, seductive and sometimes even unsettling.

Colours are regarded almost as though they were physical fixtures. They are spoken of being cold or warm or in a variety of mixed metaphors. The psychological effects of this particular combination, though, are considerable and transcend mere verbalizing and have an aura which is all their own. It has always attracted and been a major influence on artists. Its possibilities of representation are infinite and its shades reflective, mystical and contemplative. The mysterious appeal of the combination is no less alluring. It simply cannot be rationalized. One has to acknowledge its origins are primeval; it is part of humankind’s evolutionary experience.

The combination of black and white is akin to a marriage of the terrible and the sublime. Its sensual possibilities are representative of the beginnings of creation. There has been a move in recent years to secularize the use of black and white, to shift its import from the fabulous to the substantial. Its physical weight and gravity are undeniable and its optical qualities are no less significant than its tactile qualities or solemn nature. It also evokes very personal responses.

What can be more appropriate than constructing and exploring our current zeitgeist through the timeless, textured tonalities of black and white? It expressively charts the intensity of emotions; at once turbulent and serene creating shifting visual and emotional experiences whilst brimming with atmospheric possibilities. All the artists in this show present a complex vision where, moving beyond the use of monochrome, feelings of space, questions of conviction, admissions and acceptance of doubt, as well as fundamental questions of identity and human existence are forceful and preoccupying themes that interconnect the works. Although developed from naturally disparate and deeply private points of origin, all the works convey, to a greater or lesser extent, powers of expression and the capacity to engage the experience and imagination of a large audience. CHANDRA BHATTACHARYA THE WING SPAN ACRYLIC ON CANVAS 36x 32 IN