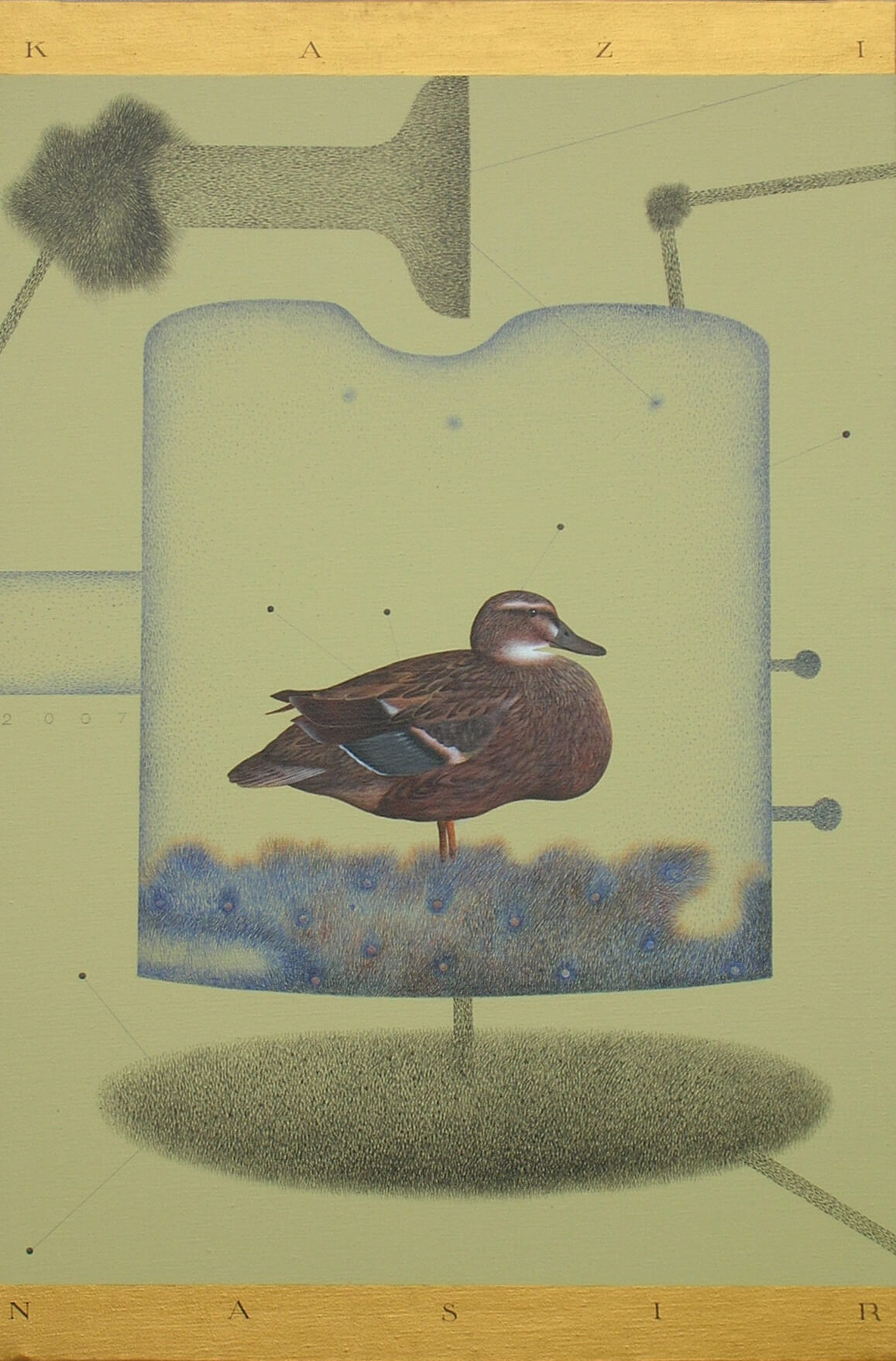 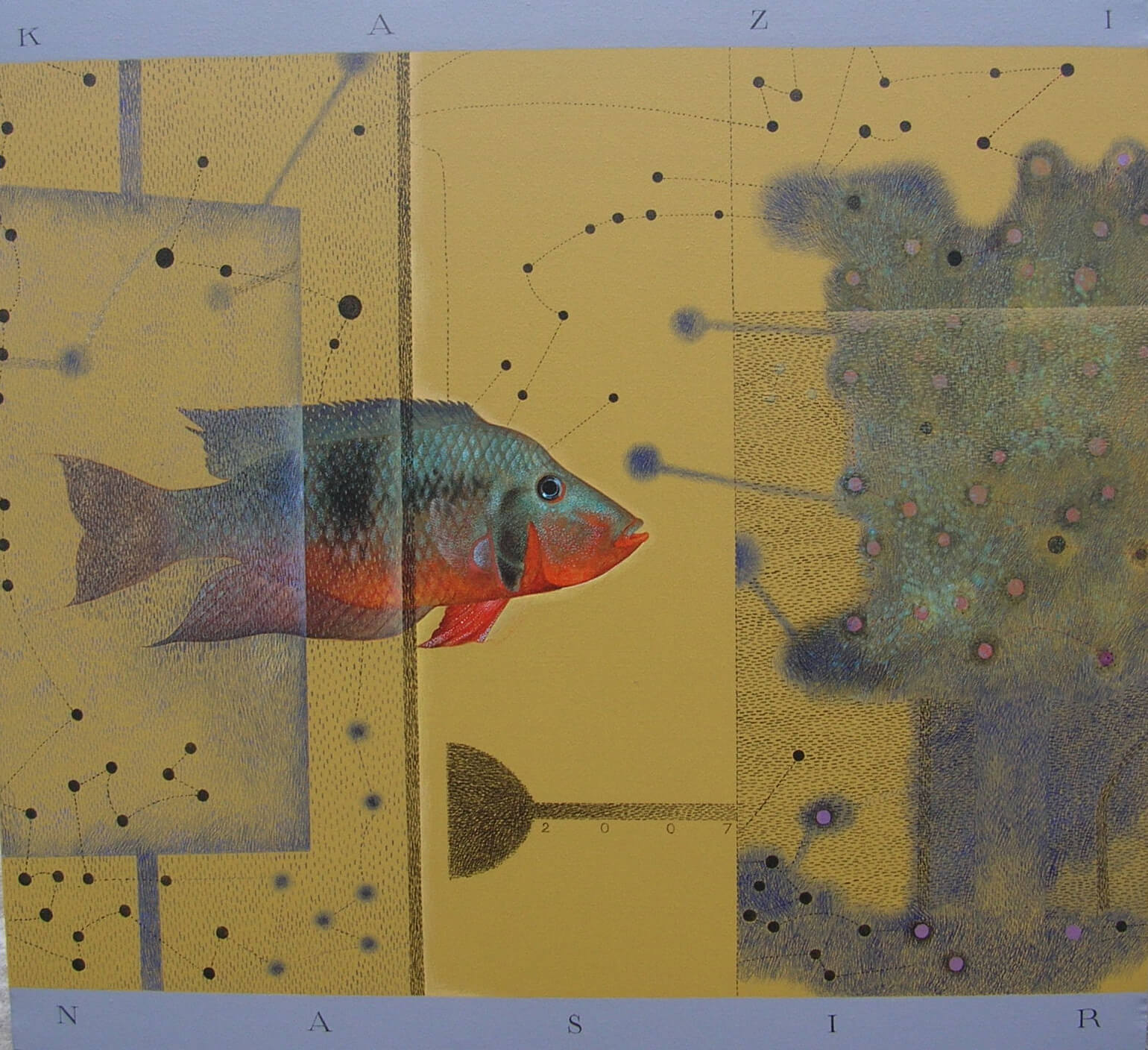 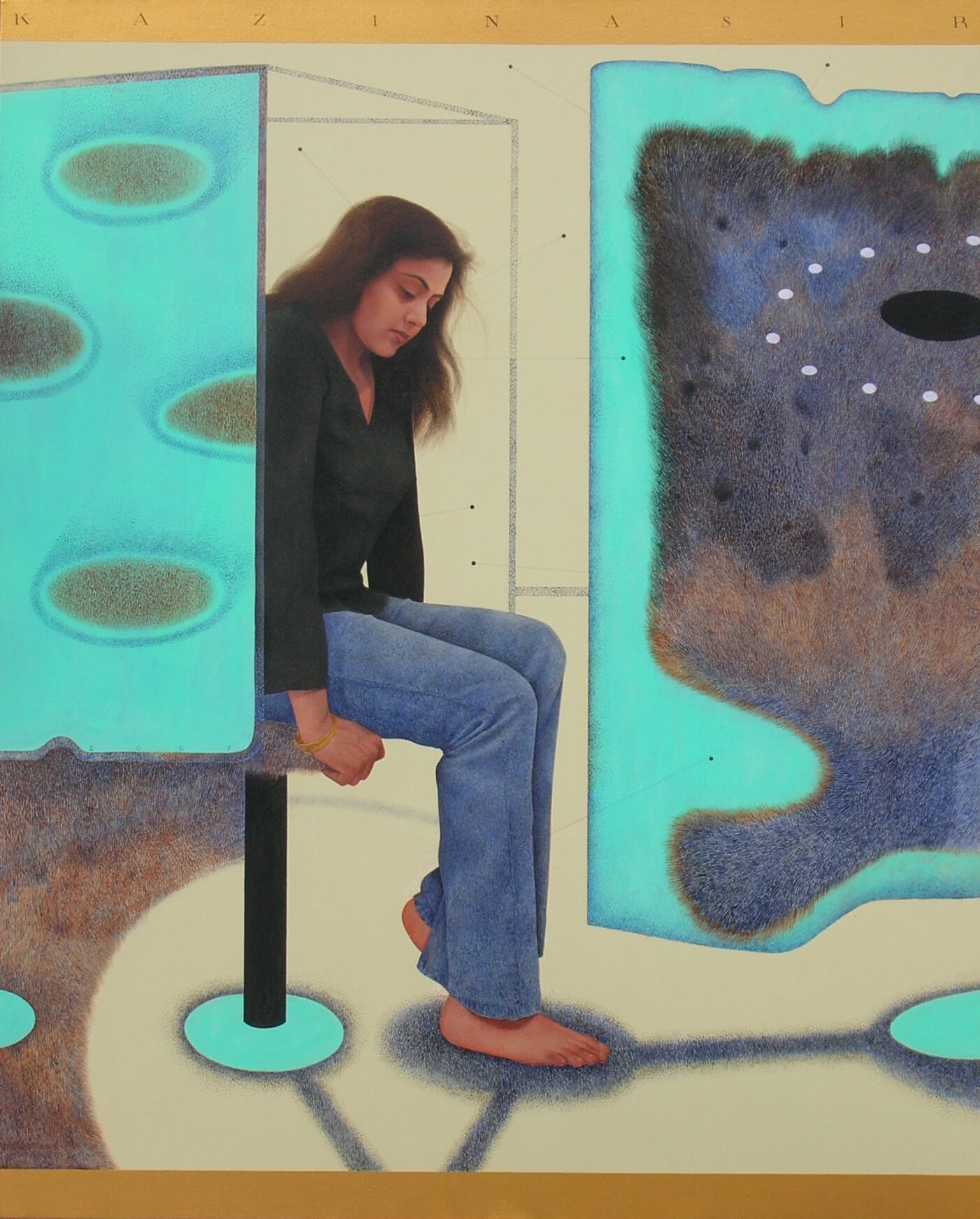 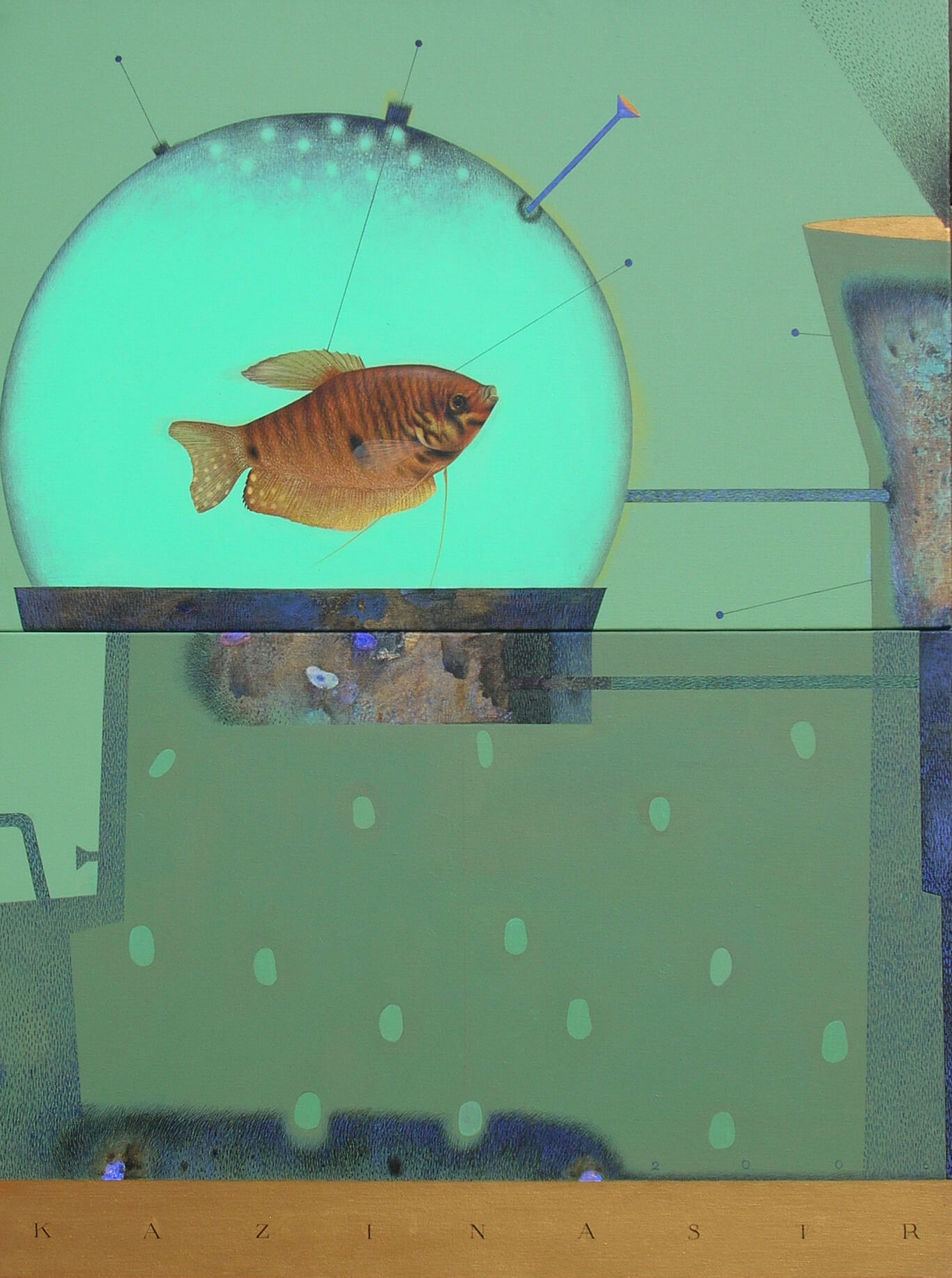 A memo to memorabilia

A single line from Gibran referring to the inadvertent, the invisible omnipresence of “Timelessness” in nature and in life is what is preoccupying young Kazi Nasir’s concepts and visions. But, in a world where time has been distorted for religio- cultural conveniences and the oriental approach of cyclical time, on its happy merry-go-round, is forever bumping into the linear concept of eternal damnation that Newton the theologian was compelled by Christian circumstance to concede, timelessness is an impossible state of consciousness that, at every given moment, is bound almost straightjacketed, by that purposeless moment in time.

Nasir is much more than a painter. He is a thinker burdened by the illusion of objects of perception. Matter coexists. But its relationship to others and itself is illusory. Therefore, if the perceiver and the perceived were to look for an independent state for itself, it might simply cease to exist. Thus, humans and inanimate objects are soulless voyagers in his timelessness. And yet, there has to exist another dimension, wherein, that which is illusion has more meaning. The flower smells sweet, the stone bears water, the seed contains its demise within its living genes.

I am quite convinced that my dear Nasir is lost between dimensions that he slips in and out of but I s afraid to inhabit because, like a cloud, it might simply disappear; absorbed into an endless sky, imprisoned within a time and space that ceased to exist even as it occupies forever a state and a place in timelessness; which doesn’t exist.

If you have to look beyond or within the craftmanship of this young painter you have to learn to drift in and out with his perception of purposelessness. The signature he mounts upon the horizon of his canvasses is, each time in each variant, a proclamation of meaningless existence, not the libidinal assault of an emboldened ego.

During one of my brief chats with Nasir about his Time’s abstractions, I got the impression that he was demurely waiting for a sudden ‘calamity’, that U.G. Krishnamurti, that would render all of life’s questions unnecessary, meaningless and irrelevant. So, I leave you with the interesting problem of looking at this provocative artist’s works and wondering whether they raise questions, or if they simply exist in a “Timeless” limbo of irreverence towards time and purpose. SILENCE ACRYLIC ON CANVAS 16x 46 IN ENTRANCE ACRYLIC ON CANVAS 46x 74 IN