A ROOM OF HER OWN 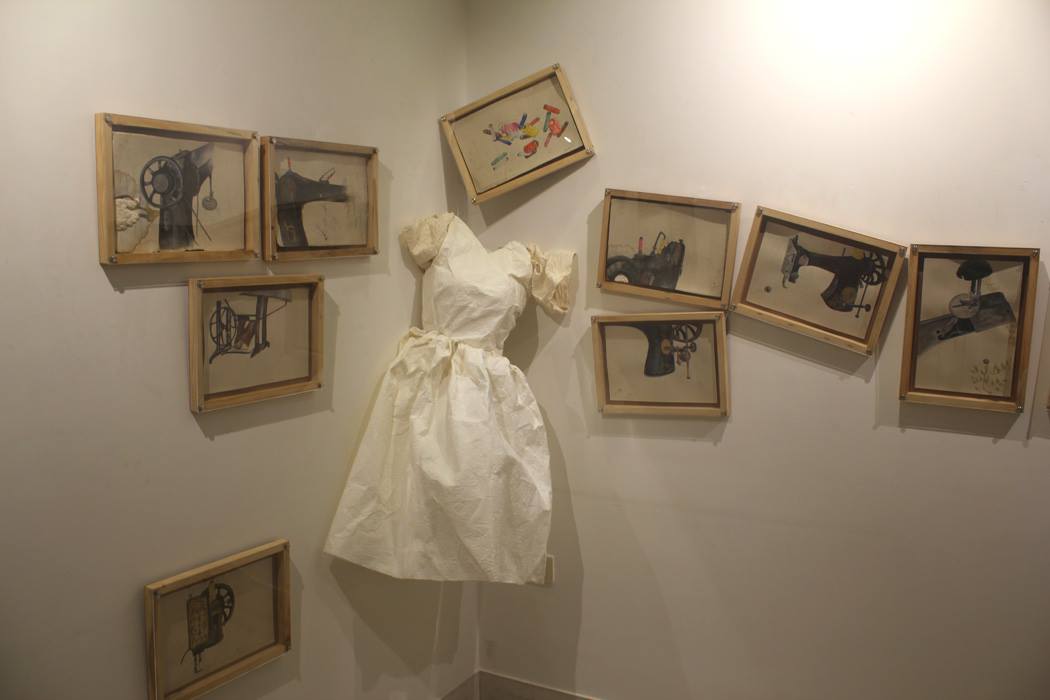 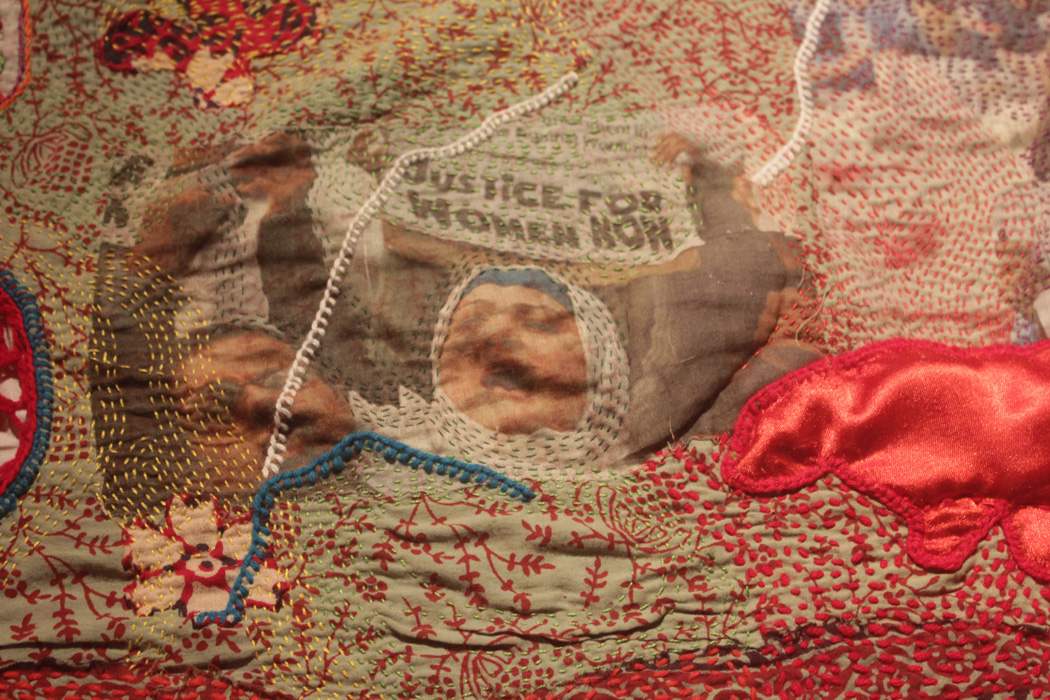 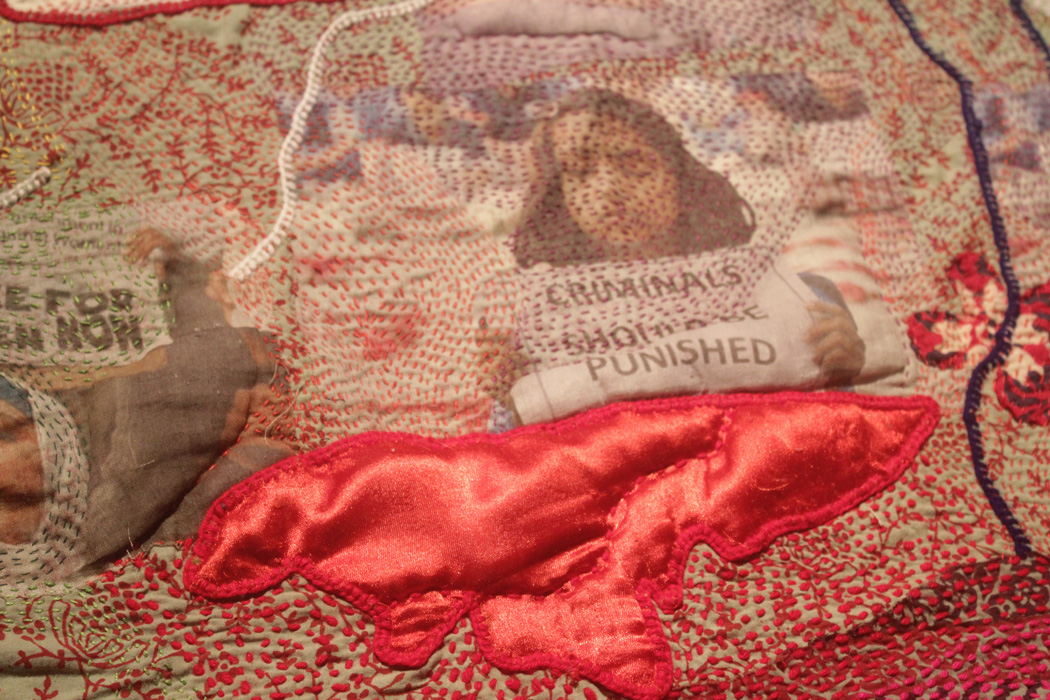 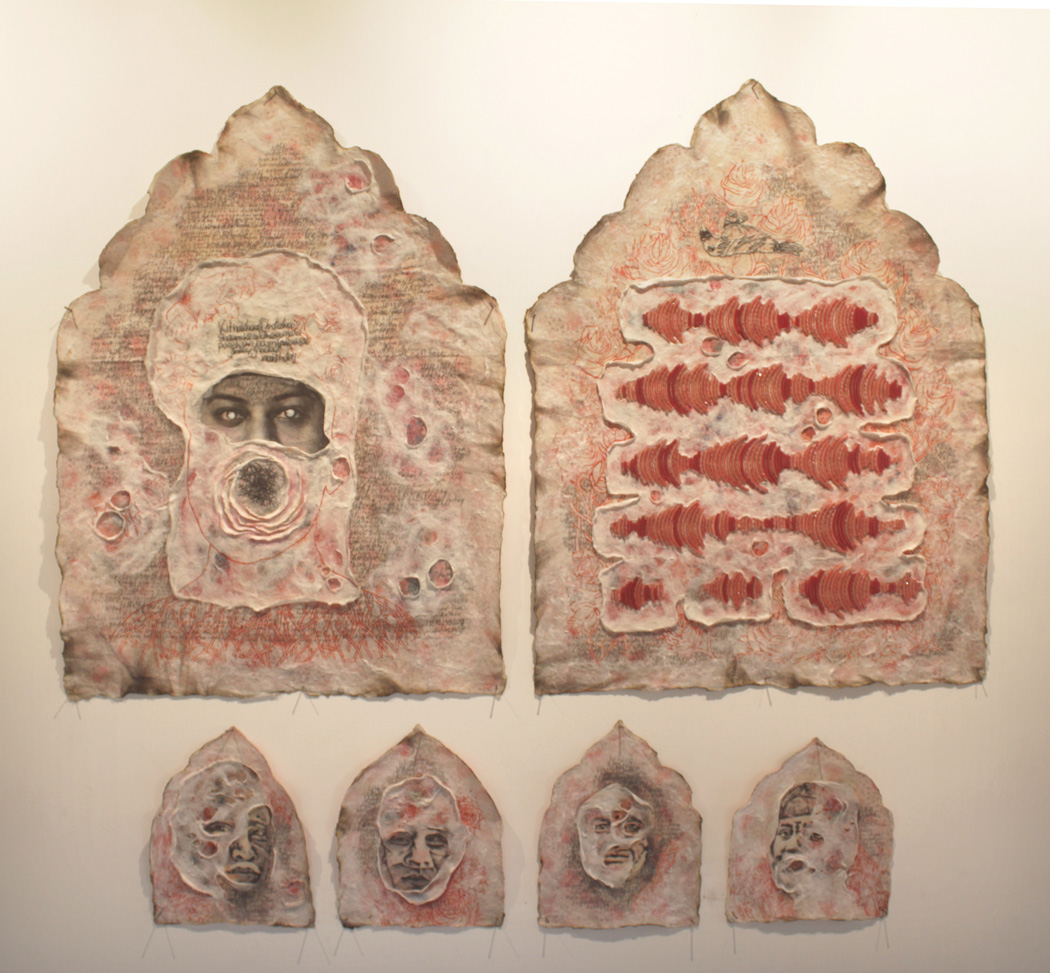 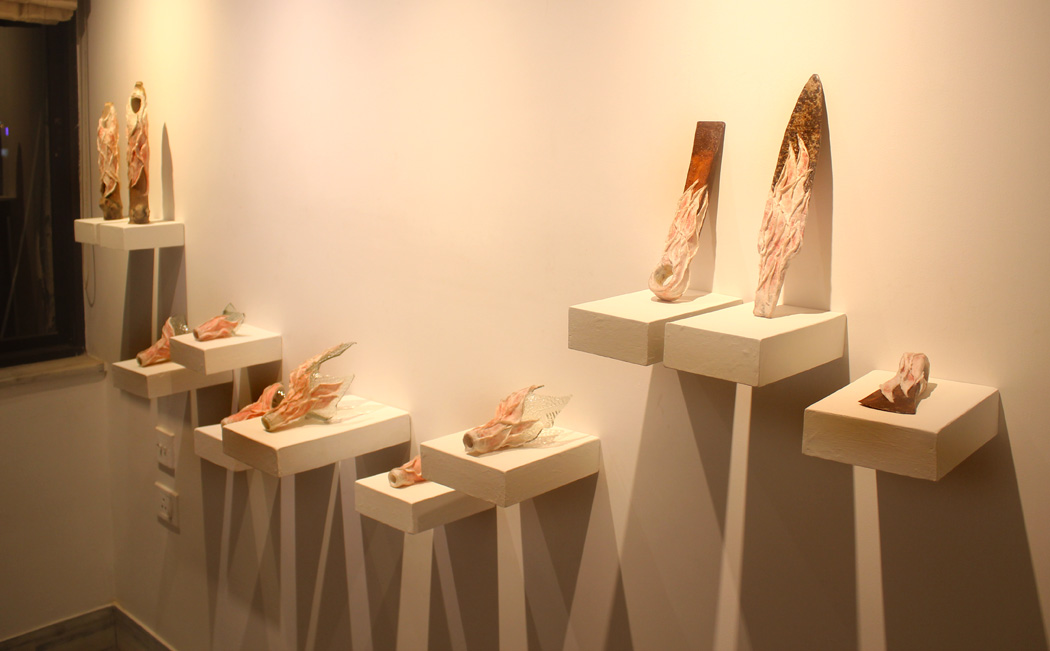 Contemporary woman has come far from her sisters of yore in battles of equality, justice and right to be heard. However, her work is far from done. The continuing struggle against male dominion, violence, socio economic structures, ties of domestic space, stereotyped perceptions of image and sexuality, control over self and body are some issues of daily strife across geographical, cultural, political and socio-economic demographies. Yet it wouldn’t be wrong to say women have an aberrant warrior gene, an indomitable spirit that refuses to be suppressed. Women always find their ways to assert their existence. The four women artists in this show Debasree Das, Rima Kundu, Sharmi Chowdhury, and Piyali Sadhukhan use their creativity to question controlling mechanisms and to engender dialogues between viewer and artwork from multiple feminine perspectives.

Dichotomy between domestic and public space, identity, migration, exploitation and sexual repression are subjects these artists tackle with equanimity. The embracing of alternative methods, such as embroidery, stitching or found material, which have traditionally been identified as being lower in status to other mediums of fine arts and stereotyped as ‘domestic’ crafts or ‘less intellectual’ is an idea cross-pollinating their oeuvre and are used as means of expression involving social and political messages. Debasree Das, having grown up with her grandmother and mother stitching, embroidering and weaving as part of household rituals, appropriates these archetypes for her expression. Her recent series laments the loss of innocence of bygone era and the irreversible changes wrought by fast paced, mechanistic lifestyle. Juxtaposing lyrical imagery with embroidery, Debasree is able to rustle up images of nostalgia. Rima Kundu uses embroidery as a private act and her subject as well as imagery all relate to this. The ‘Bedroom’ becomes her liminal point of introspection. The ‘private’ objects she recreates using stitches on paper or cloth, when displayed within a bedroom in the gallery which is exposed to viewer’s gaze, opens up a space for discourse concerning the personal versus public. Sharmi Chowdhury’s concern with migration as a life altering circumstance is intrinsically woven with ideas of internal struggle and identity; migration not just about geographical reallocations but concerning shifts within the psyche. Her metaphoric use of costume and stitching allude to body, skin and conjoining of fragments. The recreated costumes in Sharmi’s work, therefore talk of change, manipulation and mechanical re-construction. For Piyali Sadhukhan expression is an incendiary act. Talking openly about the history of torture on women, she creates powerful narratives of struggle, sexual exploitation and power play. Sadhukhan uses materials such as fabric, cotton, galvanized wire, found bottles and weapons, glass bangles etc. to create objects which are enshrined in what she terms ‘play house’, turning these debris of destruction into materials of cultural curiosity.

The title of the show is inspired by Virginia Woolf’s feminist essay ‘A Room of One’s Own’, one of the most important works of the author where she talks of the disparity between men and women and the difference that exists in their lives. Woolf points out how throughout history women have served as models of inferiority that enlarge the superiority of men and she exhorts women to believe in the self. In the nine decades that have passed since it was first published in 1929, Woolf’s words still ring true. As homage to the power of womanhood Gandhara Art Gallery presents recent works by these promising artists who are deeply concerned with the topical issues related to freedom, identity and gender and address these by creating nuanced strategies and layered discussions about what it means to be a woman today.