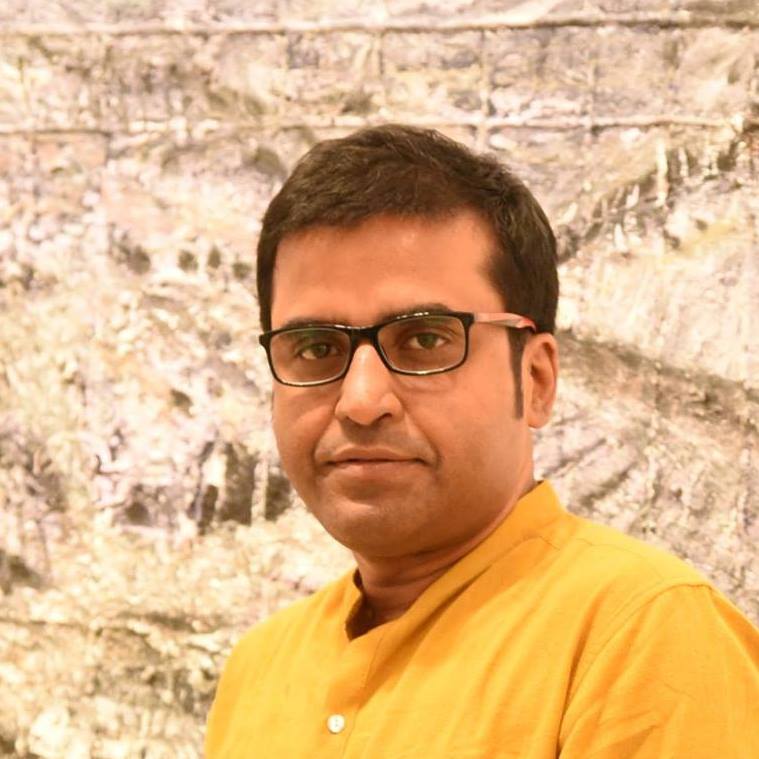 Samindranath Majumdar (b. 1966) completed his post graduate degree in the History of Art from Rabindra Bharati University. As a practicing artist, he has been showing his works in group shows all over the country and abroad since 1988. He has eight solo exhibitions to his credit and received three national level awards and several state level awards for his paintings. He also received the Ebrahim Alkazi Endowment Scholarship for pursuing research work. Samindranath Majumdar curated an international art exhibition at the the Indian Council for Cultural Relations (ICCR) in Kolkata with Emergent Art Space in 2016. He has participated in several national and international art camps in India and abroad. He is an artist, an art teacher and an art activist.