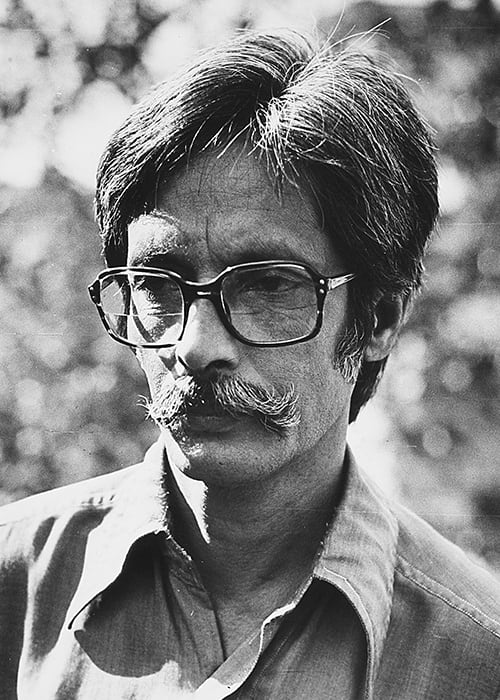 Dharmanarayan Dasgupta (1939 -1997) lived and worked in Kolkata, West Bengal. He studied at Kala Bhavan, Santiniketan. Dasgupta was inspired by the Kalighat Patachitra tradition. His paintings contained remnants of the ‘babu’ culture, a legacy from British India that he represented in his own inimitable style. The primary medium that he worked with was egg tempera on canvas alongside producing works in watercolours, gouches, acrylic paints and print making. His canvases are minutely detailed with a bright colour palette. His work is in collections around the world such as in the Victoria and Albert Museum in London, in The National Gallery of Modern Art and The Lalit Kala Academy in New Delhi.